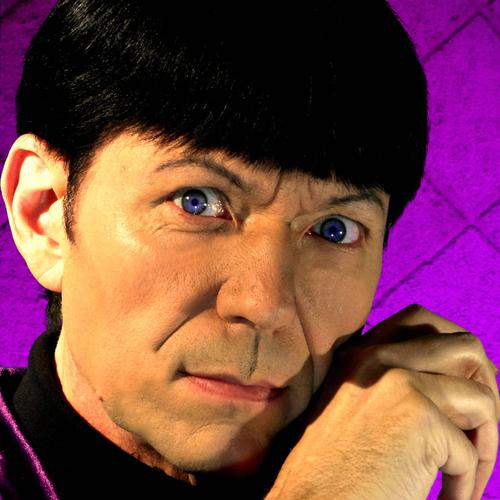 Seminars covered by this speaker

Mind Blowing "Beyond Houdini" impromptu escape, and other Magic for Street Performances

Have you got yours yet?

Our All-Access Passes are a must if you want to get the most out of this event.

Michael Mezmer’s TranceNosis comedy hypnosis and DangerMagik shows are award winning presentations that excite the imagination and blow your mind. Michael combines the mysterious worlds of magic and hypnosis to create the ultimate variety entertainment. Michael performs two completely different incredible shows. DangerMagik features cutting edge, mind blowing magic demonstrations in the style of Criss Angel and David Blaine and TranceNosis is his amazing, award winning, and hilarious comedy hypnosis show. Named a “Top Professional” by the entertainment director of Universal Studios Hollywood, and “One of the World’s Top Hypnotists” by N.B.C. T.V., Michael is a highly respected professional in the entertainment industry. He has presented his TranceNosis and DangerMagik shows before standing room only audiences, to millions of people in 24 countries worldwide. Michael has appeared at Disneyland, Universal Studios Hollywood, Six Flag’s, Knott’s Amusement Park, Las Vegas, Fairs, Festivals, major cruise lines, and on national television. In addition he has been honored to present command performances for princesses, presidents, and superstars of entertainment including the legendary Michael Jackson. Michael is certified as a Clinical Hypnotherapist and holds a degree in Psychology from California Coast University. He is also a graduate of both the famed Chavez College of Magic and the Hypnotism Training Institute. As a hypnotherapist, Michael consults for the Unger Medical Group in Rancho Cucamonga California. Michael has received numerous awards for both hypnosis and magic including: Special Award’s from the Rocky Mountain and Western Fairs Associations, a Special Medal of Commendation from General Brian Arnold Commander of America’s Space and Missile Systems, multiple awards from the Society of American Magicians including Best Illusionist, and an unprecedented ten Special Recognition awards for Outstanding Professional Presentation from the prestigious American Council of Hypnotist Examiners. Michael Mezmer is truly a unique entertainer, a master of the allied arts of magic and hypnosis, who presents two incredible, original, one of a kind shows.

Your logo could go here!

If you'd like to get your brand in front of attendees following the categories this speaker is talking about (on this page, via email and during each talk) contact us.
We use cookies This website (and some of its third-party tools) use cookies. These are important as they allow us to deliver an exceptional experience whilst browsing the site. Learn more about our cookie policy. By closing this banner, scrolling, clicking a link or continuing to browse, you agree to the use of cookies. Accept
I need help
No I need help
No I need help